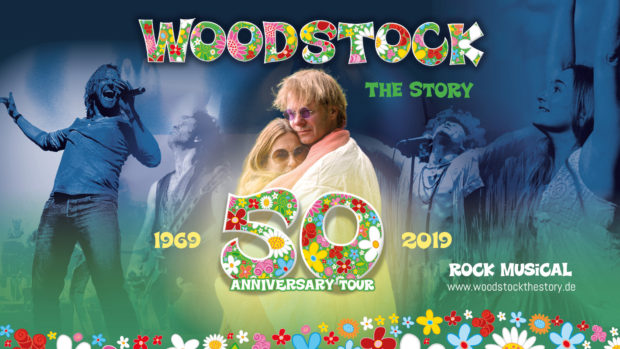 Three days of Peace, Love & Music. The story of a generation in a very unique show. Celebrate 50 years of Woodstock with Woodstock the Story! Touring in Netherlands and Germany in 2019!

The legendary American “Woodstock Music & Art Festival in 1969 was the highlight of the flower power and hippie culture. Woodstock the Story takes you back to this famous festival. Theater scenes, video, passionate live band, great music and disarming humor give a true flower power feeling. A unique experience lasting nearly three hours, with the best songs of the great bands that performed during the ‘Three Days of Peace & Music “.

The nine-member cast turns your theater into festival grounds and allows you to experience the music of The Who, Santana, Melanie, Joe Cocker, Jimi Hendrix, Janis Joplin, Sly & The Family Stone, Jefferson Airplane, Crosby Stills & Nash , Creedence Clearwater Revival and many more.

Woodstock the Story tells the story of a generation; the story of artists and festival-visitors who obviously had no idea at the time that they were writing history. Hear and feel ideals, ideologies, wishes, dreams; the contradictions in society and the resulting protest songs. 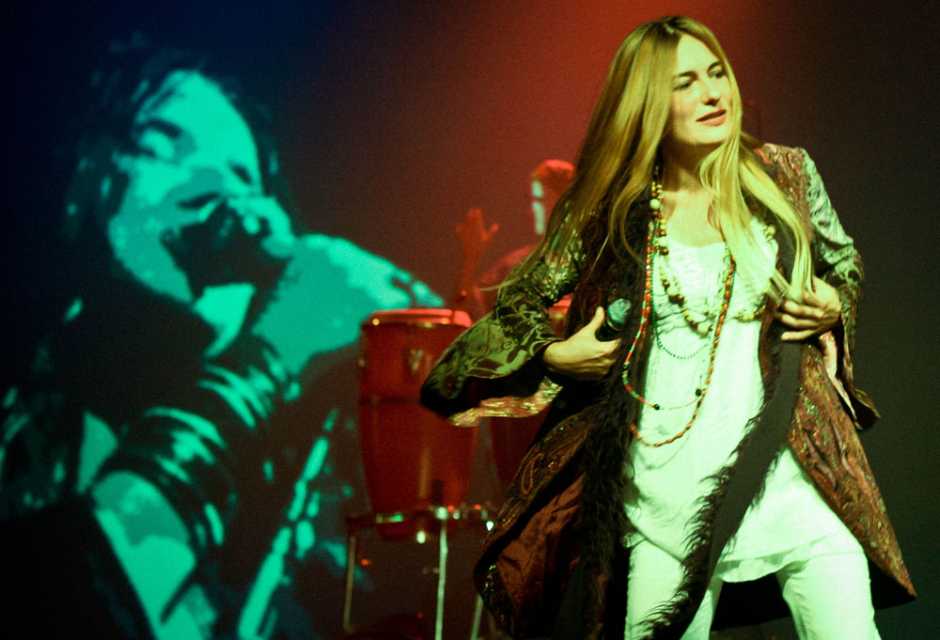 By the time we got to Woodstock…

Nearly half a million people made the pilgrimage in August 1969 ‘back to the garden‘;  the fields of farmer Max Yasgur in Bethel, New York. This sudden invasion made the small village that weekend the second largest city in the state. The lineup of the festival included 32 bands and solo artists, some of which were still at the beginning of a famous career.

Together they made the Woodstock Music & Art Fair a myth: the most famous rock festival of all time, which is still regarded today as the mother of all festivals. The festival where everyone wanted to be with; music, facts and fables have inspired millions of people around the world. 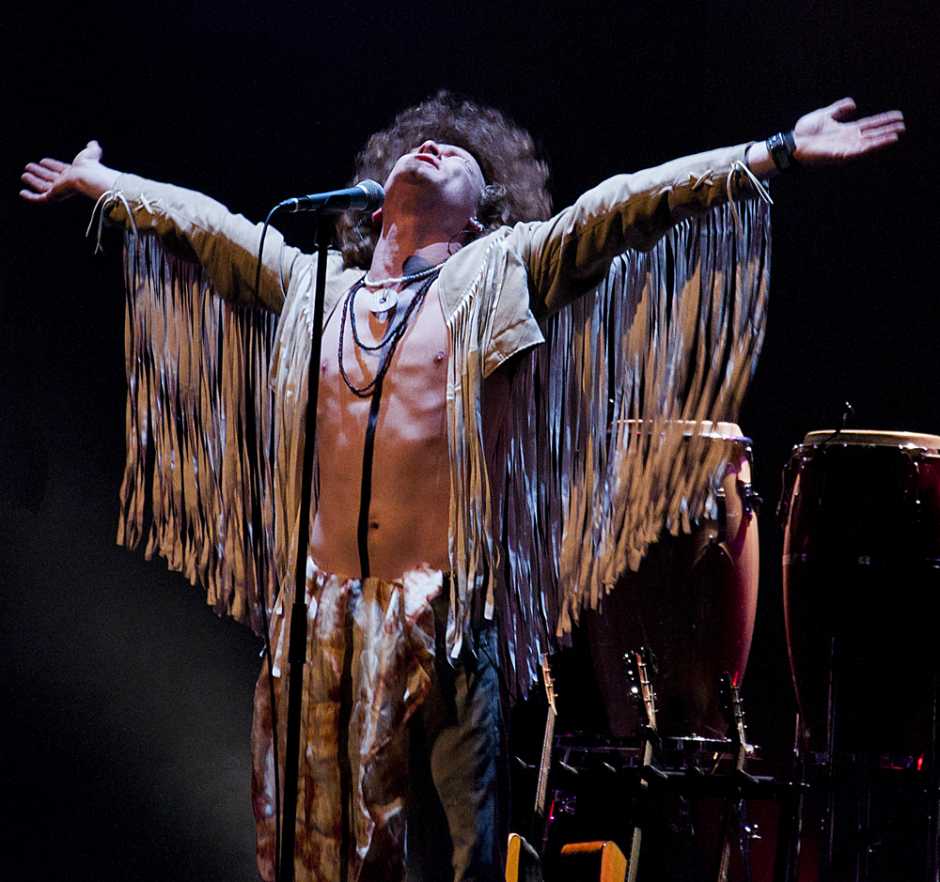 … we were half a million strong…

At Woodstock, the hippie life of harmony, love, peace and community became once again reality for three days. Organization-wise, it was kind of a nightmare, mainly because that unbelievable and unexpected amount of people showed up, more than twice as much as expected. Fences gave way, revenues lagged, traffic congestion couldn’t be extremer: artists and food had to be flown in. There was an almost catastrophic lack of food and water (no lack of drugs, though 🙂) and there were dangerous thunderstorms and rain. However… despite the huge influx and organizational setbacks, the festival was peaceful, almost without incident: Three days of Peace & Music.

Woodstock the Story brings the unique atmosphere and the great music of this exceptional festival to the present, with a powerful performance. 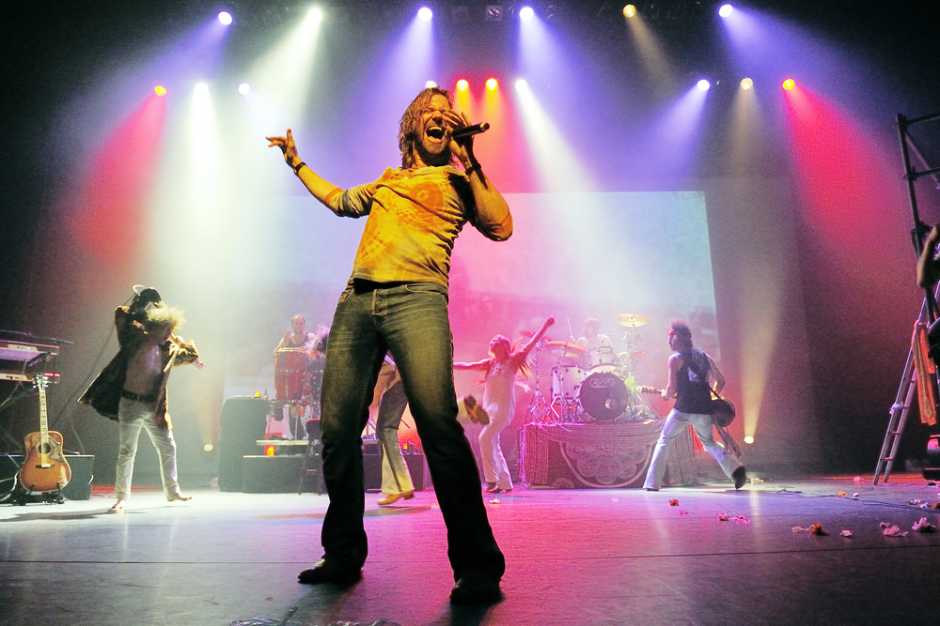 Woodstock the Story can be performed in English (and other languages).

The lead singers are the Dutch rock vocalist Martin van der Starre, who starred in the versions of Jesus Christ Superstar, and We Will Rock You. Thomas Meeuwis, who is an impressive vocalist and guitar player. Together with Muriel Te Loo, the Janis Joplin of the Low Countries, and the six-piece band lead by musical director Matthijs van Noort, they ensure this show really rocks.

Laurens Ten Den takes on the role of the lighting engineer who acts as the compere at the festival. He brilliantly and entertainingly brings structure to chaos (or vice-versa), and makes sure everybody will return home with the feeling of peace, love and understanding.