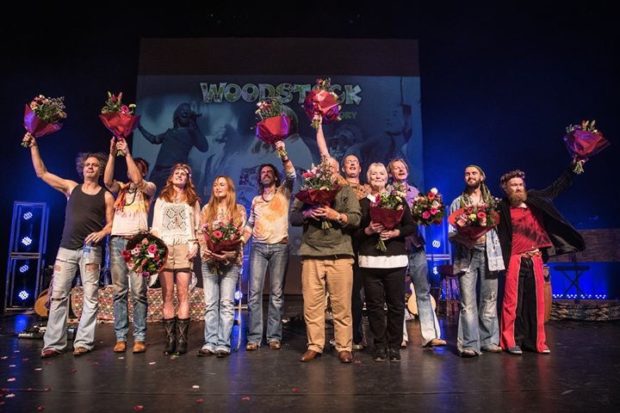 Bobbi & Nick Ercoline in their moving speech at the end of our show.

The biggest compliment we could have gotten. Such a magical night. How special to have these two – the sweetest people you’ve ever met – at our premiere of the Woodstock the Story 50th Anniversary Tour.

Bobbi and Nick Ercoline, ‘the couple with the blanket’, the iconic photo on the cover of the famous Woodstock album. Still married, volunteers at Bethel. With the greatest stories about their Woodstock experience.

Proud on the cast and team that made this possible. The best start of the tour! Check dates and tickets for shows and don’t miss it!